5 Ways To Push Your Company Past The Start-Up Phase 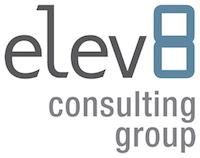 Any entrepreneur who has launched a company will tell you that running a startup is stressful, time-consuming and full of high risk. But before a company is truly able to transition into the growth stage of is business, it must pass through many ups and downs. But while roughly 80% of startups fail in the first five years, there are a number of things that entrepreneurs can do internally to help push their company past startup and into phase two. Below, you’ll find the most important things to keep in mind.

1. Start With a Great Idea

It might seem simple, but having a great idea — either a groundbreaking new product or an innovative service — is half the battle. If you have a great idea and are able to identify the appropriate market to sell to, then the company will grow organically and investors will line up to obtain a piece of the business. But if you find that you’re having trouble securing interest from investors, then something is simply not clicking. Either your idea isn’t as great as you thought it was, or there isn’t enough market potential for it. If this happens, it’s time for the now infamous “pivot” — where you take your idea in a slightly different direction. You’ll have to keep doing this until you hit something that works, or you run out of money.

The team behind the idea is essential to making the business stick. During your company’s time as a startup, the first 10 employees are often people who are specially fit for this phase: they’re well-rounded, flexible and extremely innovative. During the startup phase, you want a team of aggressive generalists who are able to pitch in and do anything necessary at the drop of a hat.

But as the company develops and expands over time, you’ll need fewer generalists and more specialists. You’ll need people who create the technology behind your product, a separate sales force, an operations department and a management team. And all of these people must be excellent within their given area because there’s no room for error.

If a startup idea isn’t compelling enough to secure funding but the team behind the idea is solid, your chance for investment increases. But keep in mind that the first employees who you hire very likely will not be the same ones that you’ll end up with 10 years later.

3. An MBA Education Is Not Necessary

At best, an education can be an indicator of ability. However, it’s important to understand that a lack of education is not an indication of the lack of ability. While hiring from top universities is an easy way to identify promising employees, there are plenty of high-caliber individuals who may not have a Harvard Business School degree.

This is especially true in entrepreneurship. Some of the most successful entrepreneurs — such as Bill Gates and Steve Jobs — did not receive degrees from undergraduate or graduate programs. And your clients will not care where you went to school; what they will care about is whether you’re smart, capable and have a great team supporting the idea.

4. Don’t Get Too Attached

Once you have a working product and a few clients, it’s then time to scale your company. As mentioned, this may take different types of people than those who you started with, as specialists will be essential to the company’s long-term success and growth. Some of your original employees will be able make this transition and some won’t. It’s a simple fact.

While it may sound counterintuitive, it’s important to remain unattached to both your company and employees. If one of the original 10 people is no longer an asset to the company, you need to sit down with him/her, talk through it and fix the issue. Sometimes the issue can be fixed and sometimes it can’t. If it can’t, it’s best to sever ties as soon as possible for the sake of the company.

Sometimes good people have to be let go because they no longer fit with the company’s mission or needs — this is something that must be accepted. A company is not a living and breathing organism that will love you back; it exists solely to make money. So if it isn’t making money, then what’s the point?

This last point is important. A team should know the truth about what’s going on at any company and this is especially true at a start-up. Your employees are (hopefully) fully invested — living and breathing your company’s mantra day in and day out. They deserve access to information from the management team and will expect an honest working environment. Since startup companies are already high-risk, employees should be provided with a constant sense of security and transparency wherever and whenever possible. And in the worst-case scenario — when there’s bad news to share — it at least will not come as a complete shock to employees.

Launching a startup is tough, but moving past start-up and into phase two can be even tougher. If you have a great idea and the right team behind your product, there’s always potential. And if you’re also a good manager on top of having a great idea and team, then your company should be well on its way to long-term success.”